Sweett Group back in the black

Consultant posts £1.6m profit for first half of the year as cost-cutting and sale of PFI assets boosts performance 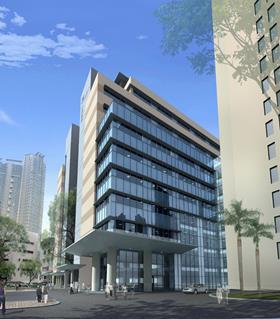 Consultant Sweett Group has reported pre-tax profit of £1.6m in it half year results, with revenue up marginally to £37.7m.

Posting its results for the six months to 30 September 2012, Sweet group said it had returned to profit in the first half of the year, after posting a £200k pre-tax loss for the same period last year and a £1m pre-tax loss for 2012.

The firm reported revenue of £37.7m for the period, up from £36.1m for the same period last year.

The firm said the firm was now enjoying the full benefit of restructuring undertaken last year, which had resulted in £2m of annualised cost savings. It added that the divestment Plymouth LIFT and Inverclyde Schools PFI projects had generated £1.2m of the profit reported for the period.

In its full year results for 2012, revealed in September, the firm posted a £1m pre-tax loss, with its share price taking a tumble as it said it had breached its banking covenants. Revenue for the year was flat at £72.8m.

“In Europe we continue to benefit from the restructuring actions completed last year, whilst our investments in the energy and infrastructure sectors have resulted in a number of major commissions.

“We have refocused our Middle East business and have returned to profitability.

“The Group’s main target growth market remains Asia Pacific although we are seeing a slowdown in China due to the slowing economy.

“Diversifying our service offering and sector expertise and cross-selling opportunities throughout the whole of the region is, however, starting to provide benefits. In Australia we are re-aligning our business to the more vibrant private sector, which includes direct investors from China.

“The benefits of the Group’s global footprint are also evidenced by the order book’s balance, with a pick-up in bidding activity across all regions.

“Although net debt increased from the year end due to an increase in receivables, particularly in China, we have kept well within our banking covenants.

“The business is diverse in terms of the geographies and sectors within which it operates. Although margin pressure continues to depress the trading performance in some regions, including China and Europe, we are nevertheless seeing an encouraging improvement in the financial performance of the Middle East.

“We are focused on operating within our banking arrangements with further benefits from PFI disposals. The first half performance, successful entry into new sectors, forward order book and our continuing PFI/PPP asset disposal programme point to a stabilisation of the Group’s fortunes and improving medium term prospects.”