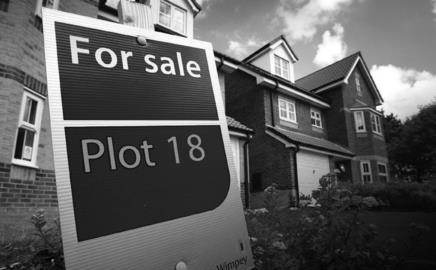 Peter Redfern, chief executive of Taylor Wimpey, has said there is no evidence for a second drop in the housing market.

Speaking after the company announced its figures for the six months to 30 June, Redfern said he didn’t believe the market would suffer a “double dip”, as some observers fear.

He said: “It is harder to say the same thing about the wider economic picture. The truth is your guess is as good as mine.”

His comments chime with yesterday’s announcement by the RICS that it was adjusting its forecasts upwards for house prices in 2009. It originally forecast a 10% drop but said prices will be higher in the fourth quarter of 2009 than in the same period last year.

Brigid O’Leary, RICS senior economist, said: “There has been a clear change in the housing market over the past few months and, as a result, it is unlikely that we will now see the kind of house price falls widely predicted at the start of the year.”

Taylor Wimpey made a pre-tax loss of £682m over the period to 30 June, after writedowns of £604m. Redfern said prices would have to fall by about 5% to make further writedowns necessary.

In April, the company completed a protracted refinancing deal on its then £1.9bn debt. It expects debt to fall to below £900m by the end of this year.

Redfern said the deal had put the company on a sound financial footing. “You would have to work hard to construct a scenario to put us in danger of breaching covenants.”

He described the land market as “thin” although he added that sellers were becoming more realistic in their valuations.

More on Taylor Wimpey at www.building.co.uk/finance