Telford Homes on the hunt for build-to-rent investor 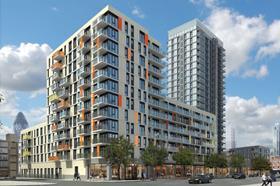 Telford Homes has hired Savills, the estate agent, to find an investor to help increase its activity in the build-to-rent sector.

In a statement to investors today the AIM-listed housebuilder said the BTR sector formed a significant part of its growth strategy and it had recently started talks to sell 257 homes in Walthamstow, east London, expecting to exchange contracts “in the next few months”.

It said it believed its previously stated ambition of creating an investor partnership remained the “most productive way of delivering increased [BTR] development.

“We are determined to find the right investor to fit with our London focus and with a long term commitment to the sector,” it added.

Having instructed Savills to assist in the process the firm said it expected to make “significant progress” on a deal by the end of 2018.

In its AGM statement Telford Homes also said it was “well placed” to hit its target of more than £50m pre-tax profit for the current financial year, which ends on 31 March 2019.

Last year the housebuilder reported pre-tax profit of £46m on turnover of £316.2m.