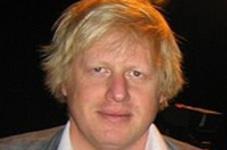 Transport for London and the central government have broken a stalemate over funding the second phase of the East London Line (ELL 2b).

TfL said in a press release that the London mayor Boris Johnson, transport secretary Geoff Hoon and the managing director of TfL London Rail Ian Brown would make an announcement tomorrow (12 February) about funding for the part of the line that will connect Surrey Quays and Clapham Junction. However, it did not say what the announcement would be or what had been agreed.

The London body has been wrangling with the Department for Transport over a £30m funding gap for the scheme since last year. They had agreed to split the cost, but it is understood that ministers then insisted on the inclusion of Surrey Canal Road station in Lewisham as part of the scheme. TfL said this upped the price of the project beyond viability.

Pressure has been growing on both Johnson and the Department for Transport to agree to bankroll the project in time for a seamless transition between the first phase, which is due to complete in 2010, and the second. The official window for an agreement closed in October.

Speaking to a local paper last month, Valerie Shawcross, London Assembly member for Lambeth and Southwark and also chairwoman of the assembly's transport committee, said: “This is the biggest transport bargain of the century and would be completely insane not to put it in place because it's so cheap and will be incredibly useful.”

Phase one of the line extension will run between West Croydon and Crystal Palace.

The funding announcement will be made at a photo call on Clapham Junction Rail Station tomorrow.