Transport for London has launched a public consultation on the exact route for Crossrail 2, including a number of changes to past iterations of the route.

Changes to the proposed route include a station in Balham rather than Tooting Broadway and a station at Wood Green to possibly replace ones at Alexandra Palace and Turnpike Lane.

It is the third consultation for the infrastructure project so far, with further ones planned as the scheme develops.

The consultation is looking for the public’s views on:

Michele Dix, Transport for London’s managing director for Crossrail 2, said: “This consultation gives people the chance to comment on where we are proposing to put station entrances, work sites and ventilation shafts needed to run Crossrail 2.

“As development of this vital railway continues, we will be taking on board feedback from the consultation to progress the designs for the project, so that we can open the railway by 2030.”

The consultation is open until 8 January next year, with the results expected to be published in spring 2016. 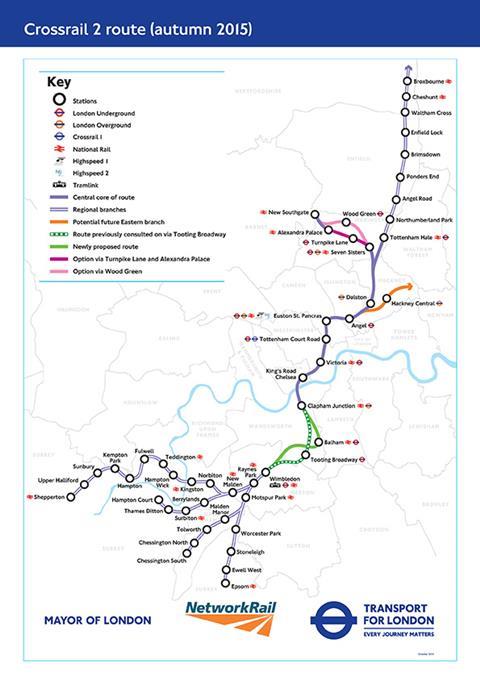