Transport for London has been told to make its capital project priorities public, as its ongoing financial woes continue to threaten future schemes.

In its response to London mayor Sadiq Khan’s draft budget for 2019-2020 the London Assembly’s budget and performance committee has said the cash-strapped transport authority should come clean about which projects are on the chopping block.

In its latest set of results, published last May, TfL reported that its operating deficit worsened by 26% to £1bn.

The committee said: “There may be more postponed or cancelled projects in future years, particularly if the revenue position does not go exactly as TfL says it will. 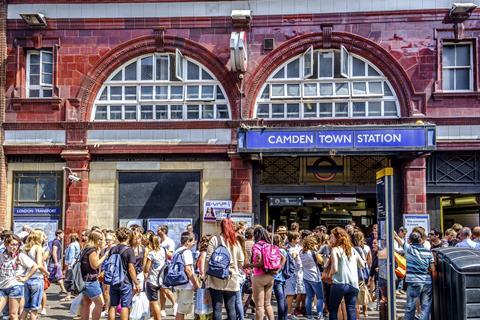 A planned upgrade to Camden Town station has been canned by TfL.

“TfL is cancelling capital projects and Londoners deserve to know which projects might be at risk.”

The committee said it had “specific and serious concerns” that TfL’s business plan, which it identified critical issues with, signalled a downward trajectory for the organisation, with “services curtailed, and planned modernisation programmes delayed or cancelled”.

It also flagged Crossrail as a further barrier to future projects, including Crossrail 2, saying the delay to its launch and budget increases “may have significant ramifications that have not yet started to emerge”.