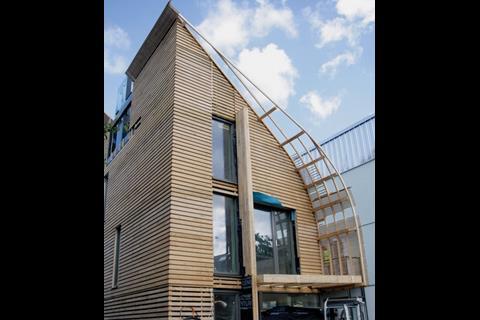 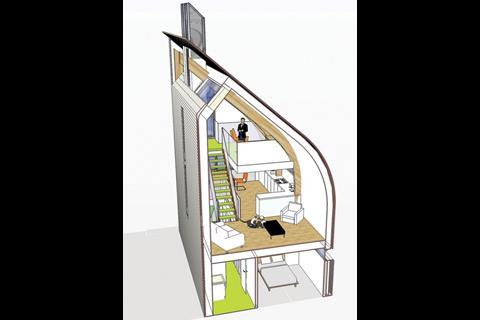 Here's an attempt to put in practice what is currently nothing more than dream for most housebuilders - a new property that meets the A grade of the new Code for Sustainable Homes, level six

Overview: The first UK house to achieve the Code for Sustainable Homes level six, the standard to which all new homes must be designed and constructed by 2016, was unveiled earlier in the summer at the Building Research Establishment’s (BRE) Offsite 2007 event. Designed by architect Sheppard Robson and consulting engineer Arup, the prototype Kingspan Lighthouse aims to explore how the house of the future might meet these tough new standards, while also tackling the problem of changing demographics and improving the quality of living spaces.

What is level six? Level six requires houses to be completely zero carbon – zero net emissions of carbon dioxide from all energy use in the home. It must also use no more than 80 litres of water per person per day, with about 30% of the water requirement provided from non-potable sources. Materials were carefully selected to at least D grade in the BRE’s Green Guide. Construction costs are estimated to be around 40% higher than for a conventional design.The Code for Sustainable Homes was launched in April 2007 and is currently voluntary, but level three is expected to become mandatory in 2008, with increasingly tougher standards being phased in, culminating in level six being compulsory by 2016. Across the page is how the Kingspan Lighthouse does it

What they say: According to Dan Burr, design director with Sheppard Robson, the project was an opportunity to explore architectural solutions to modern living with sustainability integral to the design. “Houses need to be attractive places to live, where the environmental systems and construction methods do not compromise the occupant’s quality of life or their ability to adapt their home in the future,” he says.