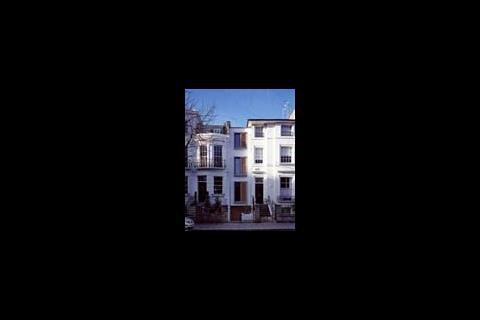 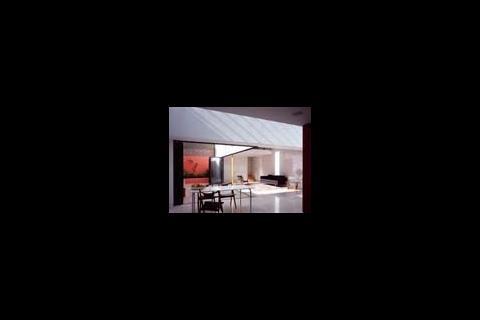 The interior of the house

There’s a new build eco house in West London designed to minimise its carbon footprint... on a site that’s as tight as they come

In the sixties, a neighbouring house on Monmouth Road sold off its side alley and rear garden into which a small, rambling pink cottage was built. In September 2005 the house was bought by Luke Tozer, director of Pitman Tozer Architects, for his family.

But getting the planning consent for the new, contemporary, low carbon house proved rather difficult as the site’s in conservation area, between two listed buildings. And with the treasurer and secretary of the local residents association living on the street and the chairman living behind, it wasn’t long before the vociferous objections started flooding in. Redesigns required for front elevation and included the removal of the roof top solar panels.

The back of the house

Conditional planning consent was finally granted by the committee in February 2006 despite local councilor saying he “wouldn’t be able to sleep at night if the project was built”.

Demolition of the existing house took place in March 2006 with groundwork’s taking place between April and August. Three no. 50m deep boreholes were dug for the £18k, 12kW ground coupled heat pump that provides all the heating and domestic hot water for the house. The whole house has underfloor heating, and rainwater is recycled to flush toilets and reduce overall water consumption.

A 25m high lime tree in a neighbouring garden had to be protected during the works, despite the fact that it obscured the remaining solar panels and effectively meant that solar panels weren’t viable as a result of there not being the minimum area needed of 7-8m² of unshaded roof.

The stairs inside were built from sustainable larch produced by a firm of Austrian monks who recycle chippings to power the local village. Also installed are low energy, high performance timber windows made from sustainable spruce. The internal walls and floors are insulated with lamb’s wool.

The build was finally completed in August 2007, and it’s predicted there will be a reduction in heating bills of approximately £500/annum, with payback over 20+ years. The house is expected to use 25% of the energy of a conventional heating system.

The blog of the build, warts and all is available at http://ecoselfbuild.wordpress.com/

More information is available on the Pitman Tozer Architects website