The road from hell 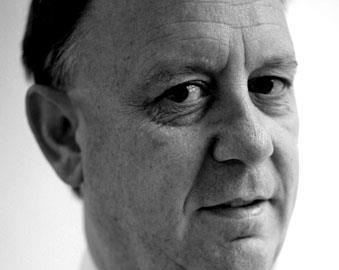 Two weeks ago Barratt agreed a deal with its lenders that it hopes will see it through the downturn. Chief executive Mark Clare considers what happens next

That well-known bricklayer and war-time prime minister Winston Churchill once said, “When you’re going through hell, keep going.” For one reason and another it’s a remark that’s come to mind a few times over the past few weeks.

There is no doubt that the housebuilding industry is going through hell. The essential fact is that the industry’s sales have halved in the space of a few months as mortgage finance has dried up and fears have grown about the state of the economy. Halved. In this climate, Barratt and all its competitors are being forced to rethink their business if they want to weather the storm and emerge in the best shape possible.

At Barratt we took a big step towards this two weeks ago when we announced our year-end trading statement. Crucially we were able to announce that we have reached an agreement with our banks, that they will provide a modified borrowing package over a full three-year term with revised covenants that should allow us to trade through these lean times.

I am often asked why we took on the debt in the first place. The answer is that we saw last year’s acquisition of Wilson Bowden as an opportunity to transform the whole group, strengthen our presence nationwide, add a powerful new brand for family and luxury houses and bring us a first-class landbank. And the most important thing for me was the way our operational teams integrated the two companies with military precision.

Of course if we had known the economic downturn was on its way, we wouldn’t have done the deal in the same way or possibly for the same price. I am glad though we stuck to our guns and paid less than half the purchase price in cash when siren voices were urging us to borrow more. That enabled us to strike last week’s agreement with the banks.

We are the first major residential developer to reach this type of agreement with our banks, and believe me, plenty of others are trying. It gives us room for manoeuvre, and time to reduce our debt and reorganise the business to respond to today’s brutal market and also be ready for the eventual upturn.

We are the first major residential developer to reach this type of agreement with our banks. Believe me, plenty of others are trying

We announced a series of other measures to ensure we trade through these tough times. We stopped buying land last autumn. We have dramatically slowed the pace of development. And sadly we have had to lay off about 1,200 employees, around a fifth of our workforce. One of the positives here was that we had embarked on our operational cost reduction programme more than a year ago and we are now seeing the material benefits of this. The whole industry is having to shrink in the way the market has done, with all our competitors announcing similar staff reductions.

The results of our actions are already visible. Our debts are falling – down by £80m in the first six months of 2008, when they were still rising at some of our competitors. And the team is still out there selling houses – an average of more than 200 a week between January and June.

One statistic gives me confidence for the future. It is the fact that although our sales may have halved, the numbers of visitors to our developments is holding up extremely well, down by only 15% in recent weeks. That shows that people still want and need to buy a new home, it is only the lack of mortgage affordability that is preventing them.

The fact is, as the government has repeatedly told us, that Britain needs 3 million homes by 2020, only 12 years away. Sooner or later that need for new houses will filter back into the market and the banks will sort themselves out and start to lend again. When that happens it is my job to ensure that Barratt is well placed to satisfy that enormous market demand.

So yes, it is hell out there, but it is so important that Barratt and the industry keep going and make it through this storm. Because this country will need us badly when we emerge into the calmer times beyond.