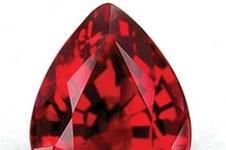 The administrator of civil engineering firm Wrekin has said legal action will be taken against individuals connected to the collapsed firm.

Its demise was famously accelerated by a ruby called the Gem of Tanzania, which had been valued at £11m and swapped for equity in the company when it was bought by Staffordshire-based businessman David Unwin in December 2007.

The ruby was later sold for £8,010 after the Italian institute that the company said had originally valued the gemstone denied all knowledge of it.

In a progress report, administrator Ernst & Young said the action against unnamed individuals would follow “a number of unusual transactions” that were identified by forensic accountants and law firm Eversheds.

The report said: “Proceedings have now been served in relation to certain transactions. However, in order to avoid prejudicing potential realisations from the claim, we are unable to provide further details at this time.”

More than 500 people lost their jobs when the company went under.

The report also said that £648,000 out of a total of £10.9m owed to Wrekin on outstanding jobs had been recovered and the process to recover the rest could take 18 months as contracts are completed.

It revealed that bank RBS is owed £2.7m while unsecured creditors are owed an estimated £31m, including £24.5m to the pension scheme and over £3.3m to the HMRC.

The report also showed that administrator fees have already climbed to over £600,000.