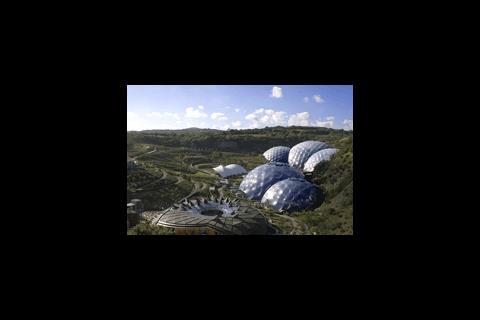 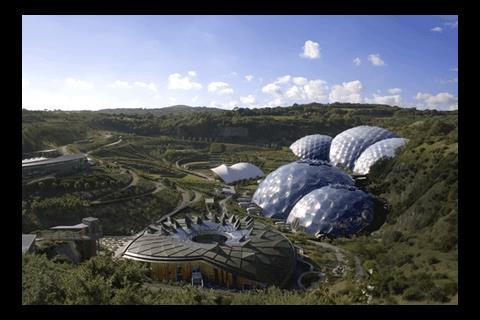 Consultant Davis Langdon has announced that three of its projects have reached the final shortlist of The Big Lottery Fund's: The People's £50m contest.

The Eden Project’s the Edge, Sherwood: the Living Legend and a Million People: Black Country as an Urban Park have reached the finals on the single biggest donation of lottery funding through public vote.

Eden Project chief executive Tim Smit said that winning would fund the Edge, the landmark new building in the last undeveloped corner of the former china clay pit at Bodelva in Cornwall. He said it could mark the completion of Eden, making it the best environmental centre in the world.

Eden is a project that Davis Langdon has been heavily involved with as project manager and cost consultant since its inception and home of the world’s biggest greenhouses - was recently declared Britain’s best building of the last 20 years and its new phase the Edge is one of four projects competing for the greatest prize in TV history.

Sherwood: The Living Legend for which Davis Langdon is acting as cost manager and CDM coordinator. It is a regeneration scheme which will protect and expand the ancient Sherwood Forest, the legendary home of Robin Hood, and create one of the largest multi-user path networks in Europe whilst providing a world class sustainable visitors centre.

The Black Country as an Urban Park project is the starting point for what will be the long term transformation of the Black Country, aiming to improve the open green spaces and canals for people and wildlife across the region.

Voting begins on 7 December following a series of programmes about each of the projects due to be shown on ITV1 at 11pm from 3 - 7 December.

Voting will close at 12 noon on 10 December with the winner due to be announced on 12 December 2007.