Almost three-quarters of sites across England and Wales have reopened, according to Build UK.

The trade body said 73% of sites are back up and running, a rise from 69% last week. 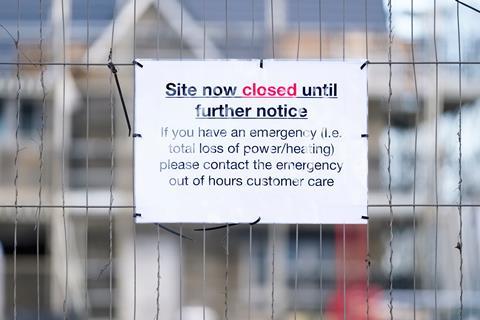 More than 80% of infrastructure and construction projects are running, while 55% of housing sites are now open for business, compared to 46% last week.

While output on these sites has improved from 56% to 63% in the past week, concerns about transport and the ability to appropriately socially distance are still limiting firms’ ability to get sites fully up and running.

While most sites in Scotland are still closed because of its government’s rules there is a light at the end of the tunnel for the sector.

This week, Scottish first minister Nicola Sturgeon said sectors such as construction, retail and manufacturing would be given “particular consideration” when the Scottish government begins to decide how to ease the restrictions.

The current lockdown in Scotland is due to be reviewed later today (Thursday).