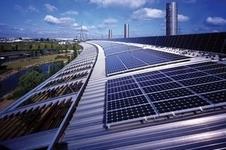 Dagenham and Ebbsfleet among locations for institutes specialising in environmental technologies

Three separate 'sustainability institutes' are to be set up in new buildings within the Thames Gateway, according to the chief executive of the regeneration programme.

These would be sited in Dagenham, Ebbsfleet and one other as yet undecided location, said Armitt. In addition the government was also planning to site a new marine logistics academy with the forthcoming port development at Shellhaven in Essex.

These academies would be paid for from the £200 million economic investment fund announced by Brown at the Thames Gateway Forum. Armitt said the private sector would contribute £75 million to this fund, which will support initiatives to increase employment across the gateway.