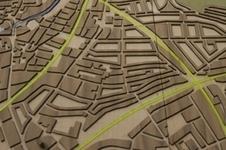 The government says it will fund infrastructure improvements vital to delivery of 18,500 homes

The Department for Transport has agreed to fund improvements to the biggest remaining infrastructure blockage to development in the Thames Gateway.

The deal, announced by prime minister Gordon Brown at the Thames Gateway Forum last week, is for improvements to increase capacity at junction 30 on the M25 in Essex, without which much of the planned development in Thurrock would be unable to go ahead.

However the DfT has not yet unveiled the details of a funding package for the site – saying only that it is now “committed to recommending an approach” by the end of 2008, according to a spokesperson.

Thurrock Thames Gateway Development Corporation has plans for 18,500 new homes in the area by 2021. However, without the improvements to junction 30 the Highways Agency has indicated it would veto many of the planning applications because they might make the junction unsafe.

A source close to the deal said it was a significant change in position from the DfT. “The DfT has now signed up to getting this problem solved, rather than just accepting it’s an issue.”