Tories in talks to cut all funding from Cabe 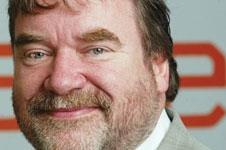 Tory politicians are working up plans to cut all funding from the government’s design quango Cabe if elected in May.

Under the plans, the Tories will stop short of abolishing the body, but will stipulate that it has to be entirely self-funding through selling its advice to other public and private organisations.

Sources close to Cabe and the Conservative party confirmed talks were continuing. One source said: “The Tory position is very simple. Cabe will remain but it will have to be self-funded.”

Another said the final policy was not yet decided. They said: “The Tories have explored the funding options, which of course includes being self-funded, and Cabe has responded with fairly robust arguments as to why that would not work.”

If each review was paid for by the private sector, would you really trust the advice?

In its last annual report, for the financial year 2008/09, Cabe received £11.7m in grant. It also earned £2.5m from paid-for advice to other departments and public bodies, including Partnerships for Schools.

The recent controversy over the design quality of homes funded by the Homes and Communities Agency’s Kickstart programme followed paid-for assessments.

Any move towards self-funding would inevitably hit services such as its design review work, and questions have been raised over whether its advice could remain independent.

Paul Finch, chair of Cabe, said: “There are two issues here. The economic benefit of Cabe’s advice on school design comes to £84m a year – why would you put that at risk to save just a fraction of the cost? The other is independence. If each review was paid for by the private sector, would you really trust the advice?”

Sir Stuart Lipton, former Cabe chair and founder, warned that any such move would discourage developers from using Cabe. “People won’t pay to have their heads chopped off. Because Cabe is independent people welcome it and that independence can only come from government funding.”