The charity that looks after the Tower of London has said it is getting more and more concerned about the number of high-rise buildings being planned for the City of London’s Leadenhall area – with the site’s World Heritage status increasingly under threat.

The so-called Eastern cluster is already home to Rogers Stirk Harbour & Partners’ Cheesegrater along with Foster’s Gherkin building while KPF’s Heron Tower is a stone’s throw away at 110 Bishopsgate.

Towers being planned for the area include Eric Parry’s 310m tall 1 Undershaft tower – which will be the City’s tallest when built –  PLP’s 62-storey scheme at 22 Bishopsgate and a brace of Make schemes at 40 Leadenhall – dubbed Gotham City – and a second at 1 Leadenhall Street which will see a 37-storey tower built. 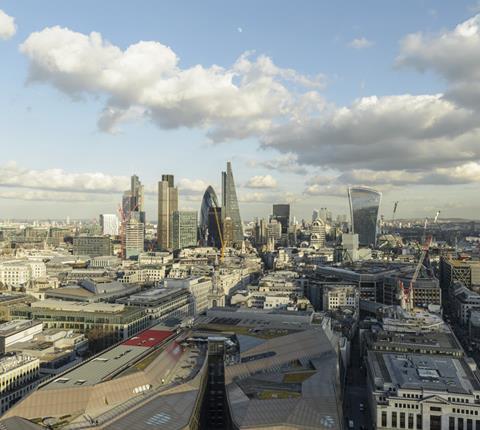 But Historic Royal Palaces, which has responsibility for five royal palaces in the capital, has said the glut of towers will end up blighting views of the Tower of London.

In a letter commenting on Make’s plans for 1 Leadenhall Streetsent and sent to planners at the City of London, the organisation said it was now getting “extremely alarmed” over the amount slated for construction.

“[Our] principal concern regarding tall buildings in the vicinity of the Tower of London World Heritage Site is their potential visual impact on the wider setting of the WHS and, particularly, on protected views of the Tower.

“Historic Royal Palaces is extremely alarmed by the steady build-up in both density and height of the Eastern Quarter to which the proposed development at 1 Leadenhall Street would contribute.

“Despite the distance between the WHS (World Heritage Site [The Tower of London]) and the Cluster, the latter is becoming visually dominant in the iconic views of the Tower from the Queen’s Walk and Tower bridge and posing a serious threat to a key attribute of the ‘Outstanding  Universal Value’ of the WHS, a matter of considerable concern to us.”

The letter was sent on behalf of the charity by heritage consultant Drury McPherson.