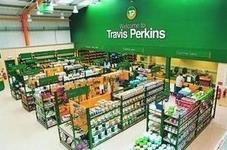 The company, which owns DIY chain Wickes, said that the first four months of this year will be “very difficult” as the collapsed housing market shows no signs of recovering.

Travis Perkins declined to say what the 25% drop will amount to in actual figures but the firm's 2007 turnover totalled £3.2bn, suggesting a drop of around £800m is on the cards. Its results for 2008 are due out on 19 February.

The company has already cut around 1,200 staff from its workforce in a bid to lop £65m off overheads. A spokesman said that the redundancies were completed by Christmas and that more than half were achieved through natural wastage. The firm now employs around 14,000 people across 1,200 branches throughout the UK.

Travis Perkins has already pulled out of the market for garden conservatories and is looking at scaling back its involvement in the bedroom fit-out market as consumers stop carrying out big-ticket home improvements.