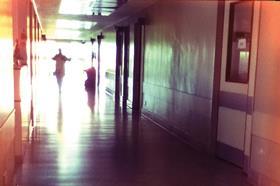 Chancellor George Osborne has confirmed that the government will take a stake in most future PFI projects under the revamped system of private finance, to be branded PF2, in his autumn statement today.

Documents published alongside the statement also confirmed expectations, revealed by Building yesterday, that the government will look to impose a tight timetable on bidding processes for PF2 schemes, with funding pulled if bidders aren’t selected within 18 months of starting the tender process.

The government will trial the new system using the £1.75bn priority schools programme, but the Ministry of Defence and Department of Health are also looking at procuring schemes under PF2. The policy document setting out the standard contract forms for PFI confirms plans to force PF2 project companies to publish their revenues and profits.

The government will also shake up the structure of the finance of the project vehicles, in part to attempt to limit the chance of windfall profits to private sector firms, but also in a bid to see institutional investors put money in to PFI schemes for the first time. Project vehicles will have a lower volume of debt funding and a greater number of equity stakeholders funding a higher proportion of the vehicle.

These extra investors will be brought in following “equity competitions” which will be run “where appropriate” following the signing of PFI deals and the completion of design and planning phases. However, experts have expressed concerns over whether the use of equity could act to increase the could of PF2 deals compared to their PFI predecessors.

Departments tendering PF2 schemes will have to commit to an “ambitious” procurement timetable from tender to financial close, the Treasury said, in order to get Treasury sign-off for schemes. However, expressed serious concerns over the 18-month cut-off point for PF2 schemes to move from tender to preferred bidder stag, which they said could lead to potential bidders being put off by the risk of a scheme being cancelled for reasons beyond its control. The PFI policy paper said each scheme would include a commitment “that no PF2 projects will be allowed to take longer than 18 months for the procurement phase from the issue of the tender notice to the appointment of a preferred bidder.

“After the 18 month point funding will not be approved by Treasury unless an exemption to the commitment is granted by the Chief Secretary. The Government will retain discretion to make a contribution to failed bid costs of shortlisted bidders where it sees fit. This blanket commitment aims to prevent PF2 projects being delayed in the dialogue phase of procurement and sets a firm limit on this phase.”

However, Osborne was able to give little reassurance to the construction industry about the pipeline for PF2 projects, beyond the widely anticipated use of it to finance the £1.75bn Priority Schools Building Programme.

Richard Abadie, partner at consultant PwC, said: “It is welcome to have the policy in place, but fundamentally you can dither with the policy as much you like, the bottom line is you need the projects.

“My fear is that we’ll have gone through this whole 18 months process [review of PFI] and all we’ll get in terms of a pipeline is a handful of schools which we’ve known about for some time. It’s a genuine risk that this is what happens.”

The official documents are available here and here.