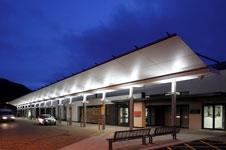 Public sector consultant Tribal Group has put its architecture business, which includes Nightingale Associates, on the market following a review of the business, it said today.

Reporting full year results showing £17.7m pre-tax profit on turnover of £282.8m, the consultant said that, following a review, it would only be focusing on three core areas of business: education, health and government.

The report said the firm’s architecture business, focused on the health and education markets, had been hit by the culling of the government’s programme of renewing Further Education Colleges, despite a strong year in its healthcare business. The consultant is to look to sell all three of its “support services” business: architecture, resourcing, and communications, it said.

The decision to sell has forced Tribal to write down £10.1m in the value of the architecture business.

In addition it said it had wound down its regeneration business, taking a hit of £4m.

It did not give any indications as to when a sale might be achieved, but said that “informal discussions with interested parties” had occurred. Nightingale became part of Tribal following a £9m sale in 2002.

Tribal said its social housing business, though hit by declining spending in the second half of the year, would continue as part of its “government” division.