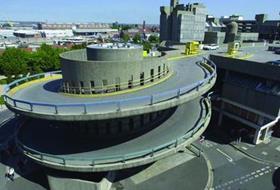 The amount of space earmarked for retail in a £300m redevelopment of Portsmouth’s notorious Tricorn shopping centre looks set to be cut due to a change in people’s shopping habits, the BBC has reported.

Developer Centros told the BBC that its project to regenerate the former Tricorn Centre is now likely to contain fewer shops and more homes.

A spokesman for Centros said it was still committed to taking the development forward, but added: “In the aftermath of the recession, consumer shopping habits have evolved rapidly and are continuing to do so - with a greater proportion of expenditure now being online.

“Services such as ‘Click & Collect’ are coming to the fore and retailers are constantly reviewing their requirements for physical space.”

Centros said it was possible that the residential part of the scheme, which was shelved during the recession, may increase.

The spokesman added: “Even though the economic environment remains very challenging, we are still very confident that we will be able to find the most appropriate mix of uses and deliver a successful development that will regenerate and revitalise the city centre.”

The company said it was working with Portsmouth City Council to review all of the options for developing the site.

The project to regenerate the Owen Luder designed brutalist Tricorn shopping centre, which was demolished after being voted Britain’s ugliest building, was shelved in 2009 but Centros resurrected it last year. Under current plans, It contains up to 600,000 sq ft of retail and leisure space, including new anchor stores and up to 60 new shops, cafés and restaurants