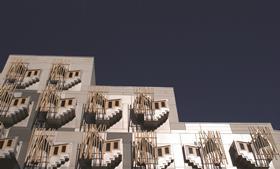 More than two thirds of small construction businesses in Scotland have opted out of public sector procurement because it has become a costly “lottery”, a new survey suggests.

The Scottish Building Federation (SBF)’s quarterly Scottish Construction Monitor found that firms are spending “huge sums” on unsuccessful bids and that companies which completed tender pre-qualification questionnaires had only a one-in-36 chance of securing new work.

The findings were released come as Scottish ministers prepare to draw up public procurement reforms.

The survey also measures confidence within the industry by asking fims how confident they feel about the outlook for their business over the next 12 months compared to the past year.

The latest monitor found that confidence has fallen for the fourth consecutive survey period and now stands at minus 40, 34 points below the level of a year ago and three points below where it was at the low point of the third quarter of 2010.

“This latest survey shows what a lottery the current public procurement process has become,” he said. “I’ve heard employers representing businesses of all sizes argue they would have better odds of generating revenue by placing bets at the roulette wheel than tendering for public contracts.

“The root and branch reform of construction procurement the Scottish Government has promised is clearly long overdue.

“It’s particularly concerning that so many SMEs in the industry are avoiding public procurement altogether because they find the costs so prohibitively high.  Scottish ministers have set great store by their commitment to give SMEs greater access to the public procurement market.”

A Scottish government spokesperson said: “The Scottish government has achieved much already to improve the way the procurement system operates in Scotland and to reduce barriers faced by SMEs in bidding for public contracts - including streamlining procurement processes, promoting prompt payment through the supply chain, and establishing the Public Contracts Scotland (PCS) portal.

“PCS not only provides free, easy access to contracts and opportunities, but also allows for sub-contracts to be advertised - as pioneered through the Forth Road Crossing and Gartcosh Crime Campus contracts.”

The spokesman said that in 2011 more than 45% of the annual procurement spend by the Scottish public sector went to SMEs, but said there was “room for improvement”.

He added: “We are currently consulting on the forthcoming Sustainable Procurement Bill, which will seek to ensure that all public bodies in Scotland adopt transparent, streamlined and standardised procurement processes that are friendly to Scottish businesses.”