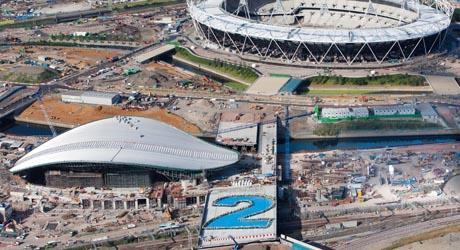 Today marks exactly two years to go until the opening ceremony of the London 2012 Olympic Games and to celebrate the milestone athletes and Olympic officials will be travelling from St Pancras to the Olympic Park.

They will then take a tour of the Olympic Park and, for the first time, step inside venues to see the progress being made in construction, which the ODA says is on time and on budget.

They will also walk across the main spectator bridge which will be the “front door” to the Olympic Park in 2012, joined by 70 Visa Team 2012 athletes.

Other highlights of the day include:

ODA Chairman John Armitt said: “With two years to go the venues and infrastructure needed for the Games and in legacy are on schedule and within budget. The venues will be ready next summer – a year ahead of the Games – to allow time for test events.

’The skyline of east London has changed dramatically over the last few months as the venues take shape. It is a sign of the strong progress we have made that we are able to stage these events on the site today and give the public a glimpse inside the world class new sports venues being built for the Games. There is still a long way to go and we are not complacent but the foundations for success are now in place.”