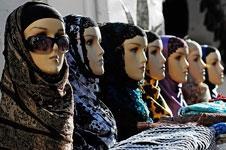 The man who was the British ambassador in Libya when the pair broke off diplomatic relations has said that UK builders should be looking to do more business in the country.

Oliver Miles is now the deputy chairman of the Libyan British Business Council but in 1984 he severed diplomatic ties with the north African country after the killing of policewoman Yvonne Fletcher outside the Libyan embassy in central London in April that year.

Relations were restored 15 years later, and Miles has just returned from a trade mission to the capital Tripoli with a number of blue-chip names including banking giants HSBC and Standard Chartered, mining company BHP and oil firm Exxon Mobil, as well as Costain.

But he admitted: “British companies have not been very active in the building market, which is surprising. Libya is a country with a lot of money and no infrastructure. They have about $100bn to spend.”

Miles said that improvements to the country's roads, railways, water and wastewater networks, housing and hotels are planned, financed by oil revenues. The likes of Shell and BP have signed deals with the Libyan government to carry out exploration and production work as well as refurbish run-down oil fields.

On Miles' recent trip to Libya, housing and infrastructure minister Abu Zaid Dorda asked where the British companies were.

Miles said that some firms could be put off by the amount of red tape in the country, admitting: “It's a difficult market because it can be quite bureaucratic and decision making is slow but once you get in the margins are high.”

Libya's number one European trading partner is Italy, followed by Germany. with the UK and France around equal third, according to Miles.