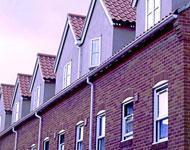 The government must be sensitive to the needs of different city economies if it is to make a success of its drive to build 3 million homes by 2020, according to a report published today.

The escalating problems in the housing market have already placed the government's 3 million homes target in jeopardy.

Now this report, by the Centre for Cities, says that even were the target to be met, taking a uniform national approach to the target and simply increasing the overall supply of housing will “not fix the wide range of economic challenges” faced by the UK's towns and cities.

Specifically, the report calls on the government to take into account areas, such as Cambridge and Bristol, that have problems with affordability and supply, and treat these differently from economies such as Hull, Sunderland and Bradford, which need to focus on widening the range of private housing on offer to local people.

The report says that local authorities should collaborate across boundaries to address “real” economic areas, rather than working in isolation.

Dermot Finch, director of the Centre for Cities, said: “Politicians from both central and local government need to understand where in Britain's jigsaw of local economies new houses should be built. It's time for cities to develop a far deeper understanding of local housing markets.”