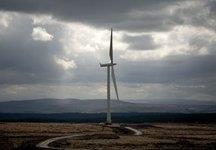 The UK's energy minister has signed an agreement with eight other countries to develop Europe's first offshore wind grid in the North and Irish seas.

Lord Hunt, energy and climate change minister, agreed the plan today in Brussels with officials from Germany, France, Belgium, the Netherlands, Luxembourg, Denmark, Sweden and Ireland. The grid is intended to make electricity supply more secure for participating countries by optimising offshore wind electricity production. It is thought the move will help the EU meet its 2020 renewable energy target.

Lord Hunt said: “Talks begin today in Copenhagen on how we can cut carbon emissions worldwide. A large part of that will be continuing the domestic decarbonisation of our energy supplies by moving to low carbon sources including wind. We're already the world leader in offshore wind here in the UK and today's announcements bring new funding and expert direction to grow this vital new industry. They also mean we can work with other countries in the EU to increase our renewable energy supplies.”

The minister also announced the next round of low carbon energy demonstration capital grants. Among recipients is energy company Vestas, which will receive £1.75 million from the government and a further £1.75 million from the South East England Development Agency, in addition to £6 million already awarded. Vestas announced today that they will be going ahead with their research and development facility on the Isle of Wight.

Rob Sauven, Managing Director, Vestas Technology R&D said: "With this investment Vestas has chosen the UK as its location to build a strategically vital part of it global technology capability. We will be able to build and test the largest blades in the world including those related to our recent offshore product announcements."