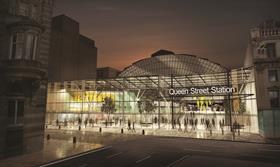 The UK government is three years behind its Scottish counterpart in developing a credible PFI model for driving private investment into infrastructure projects, Scotland’s cabinet secretary for infrastructure and capital investment Alex Neil has claimed.

In an interview with Building, the MSP called on the Treasury to “swallow its pride” and use the Scottish government’s PFI-style non-profit distributing model (NPD) to kick-start public sector construction projects.

Scotland is currently embarking on a £2.5bn programme of NPD projects, including a £300m scheme to improve the M8, M73 and M74.

Last month the UK government again put back its long-awaited announcement on a replacement for PFI south of the border, meaning there will be no official developments until at least
the autumn.

NPD is a more transparent and stripped-down form of PFI where returns to the private sector are capped.

Neil blamed the UK government for the recent poor performance of the Scottish economy and construction sector. He claimed the Scottish economy - which followed the UK in slipping into a double-dip recession in the first quarter of 2012 - would not have contracted if the country had been an independent nation.

The Scottish government says independence would allow it to borrow more and invest in public sector construction projects.