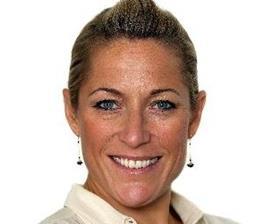 Jones Lang LaSalle sustainability boss and Building columnist Julie Hirigoyen has been appointed as the chief executive of the UK Green Building Council.

Hirigoyen, who is head of sustainability at JLL, replaces longstanding UKGBC chief executive Paul King, who is leaving to join contractor Lend Lease.

Paul King will leave at the end of January and policy director John Alker will assume the role of interim chief executive until Hirigoyen takes up the post in April.

Hirigoyen was managing director and founding partner of Upstream, a leading sustainability strategy consultancy which was acquired by JLL in 2007.

After having led the Upstream team through its integration into JLL, she was promoted to international director in 2010 and joined the UK Executive in 2011. She then became JLL’s UK head of sustainability in 2013.

Andrew Gould, UKGBC chair, said: “The challenge ahead is formidable - and in Julie we have found exactly the right blend of commercial industry leadership and personal commitment, coupled with persuasiveness and strategic sense to take us forward.”

Julie Hirigoyen said she was “thrilled by the opportunity of leading UKGBC through the next stage of its journey”.

She added: “We’ve come a long way over the past decade, with sustainability now a mainstream concern for many organisations involved in the built environment.

“The next step requires mass uptake of sustainability solutions across the entire property lifecycle, breaking down silos and deploying systems-thinking to achieve radical change. I am truly excited to tackle this challenge alongside the existing UKGBC team, members and trustees.”