The number of build to rent homes planned across the UK has doubled in just six months to 45,000 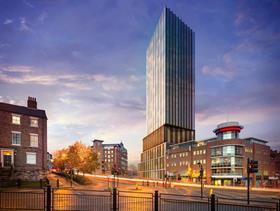 The number of build to rent homes planned across the UK has doubled in just six months to 45,000, despite threats to the sector including a 3% stamp duty hike in George Osborne’s March Budget.

According to the latest British Property Federation figures, shared exclusively with Building, there were 45,000 build to rent homes in the pipeline in April, a 107% increase on just 22,000 last October.

The number under construction has also nearly doubled to around 14,000 across the country.

Andrew Stanford, residential fund manager at US real estate investor LaSalle, said: “Build to rent has been a stone stuck in the mud at the top of the hill for a long time. It’s finally starting to roll and its gathering pace. It’s finally here and it’s developing into a full blown asset class going forward.”

Ian Fletcher, director of real estate policy at the BPF, said: “The sector’s been very innovative in working with the public sector, or using permitted development, or taking on big regeneration schemes, and there has been increasing support from planning policy.”

However, LaSalle’s Stanford warned Osborne’s stamp duty hike would have an impact on the viability of some rental schemes: “Even when we’re planning to hold on to stock we have to have an exit value to run the viability appraisal. I have no doubt some schemes won’t be viable to proceed now.”