UK’s infrastructure priorities over the next three decades revealed

Hydrogen, carbon capture and renewable energy will be at the heart of the next official assessment of the UK’s long term infrastructure needs, according to a new report.

The National Infrastructure Commission has set out the areas which are most in need of investment over the next 10 to 30 years to decarbonise the economy, protect the environment and ‘level up’ poorer regions.

The government agency will publish its recommendations on infrastructure spending in 2023 following an analysis of how key sectors are performing. 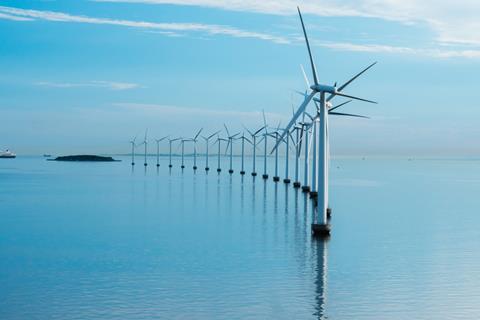 It says that new infrastructure will be needed for the production of hydrogen, which will be used to power industry as well as heat homes in combination with heat pumps.

The NIC said there also needs to be a “substantial” shift to renewable energy if the government is to meet its target of decarbonising all electricity production by 2035.

Around 40% of the grid is currently powered by renewable sources, compared to just 10% in 2010, but the body wants it to be 65% by the end of this decade.

It said this will require “significant” new capacity in both wind and solar power to be built over the next 10 years, along with an expansion of battery storage capacity to maintain energy supplies during periods of unfavourable weather.

The report “paints a mixed picture” of UK infrastructure, with some sectors such as renewable energy showing progress, with others such as flood resilience falling behind.

It says more than five million properties are still at risk of flooding in England despite increased government funding, with flood resilience commanding the lowest public confidence in the NIC’s social research.

And it said that limited progress has been made on low carbon heating for homes because of “stop start” policies by the government, which scrapped its flagship green homes grant scheme for energy efficiency improvements earlier this year.

NIC chair Sir John Armitt said “this is categorically not the time for complacency”, adding that each of the report’s nine priorities “pose urgent and wide ranging questions”. But he added that they “offer few quick wins or cheap fixes”.

A call for evidence process has been launched, with the NIC also gearing up to undertake sector events, regional visits and social research as it develops its recommendations.

They could represent billions of additional public investment in construction projects following chancellor Rishi Sunak’s decision last month to increase the budget for the NIC’s recommendations from 1.2% to 1.3% of GDP per year.