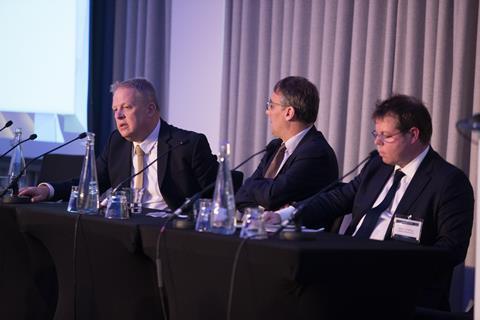 A leading London developer has said that contractors are cutting already wafer-thin margins in order to win work.

Derwent director Paul Williams said margins were tightening which was leading to worries that jobs would be rushed in order to minimise the risk of firms losing money on them.

The developer behind AHMM’s White Collar Factory built by Multiplex on Old Street roundabout and the award-winning Turnmill building opposite Farringdon station has already flagged concerns that under-pressure subcontractors are taking shortcuts to finish work.

Last month Derwent said it would introduce clerk of works roles back on to its sites to make sure workmanship was up to scratch.

Williams said: “I’m hoping margins go out, rather than go in. They’ve been far too tight for too long and it makes it very difficult for everyone to get jobs done. [But] I probably suspect they’re coming in.”

He admitted that developers had a role to play and make sure contractors weren’t putting in suicide bids. He added: “It’s beholden on good developers to sit back and say ‘guys, this has to be sensible’.”

“It’s beholden on good developers to sit back and say ‘guys, this has to be sensible’”

Lipton Rogers’ Peter Rogers said low margins were among the two big issues facing builders today. “It’s a miniscule margin industry. The banks laugh at you when you tell them the figure. They wouldn’t even get out of bed for that sum.”

And James Pellatt, head of projects at Great Portland Estates, said the developer was picking and choosing which firms to work with because of worries some contractors were overstretched.

“I don’t mind contractors making margins of 7, 8, 9, 10%, but what I do mind is being three or four months behind programme.

“Contractors that we’ve had the most success with have been the ones we’ve done the least amount of work with. It pisses me off that we lose labour [from our sites] to a client [on another site] who doesn’t know what they’re doing.”

Pellatt said the developer was set to start work early next year on a retail and office scheme at Hanover Square which will be built by Mace.

The firm is also negotiating with contractors on two other office and retail jobs also due to begin early in the new year – Oxford House, an Orms-designed building to go up opposite the Tottenham Court Road Crossrail station, and a smaller scheme in Whitechapel designed by DSDHA, the practice behind London’s answer to New York’s Flatiron building on South Molton Street.