Under siege: Construction in the Middle East

Construction’s safe haven has turned into a war zone. As protest, revolution and regime change spread across the Middle East, what can companies do to ensure their staff and contracts are safe, and does this means the end of the good times? 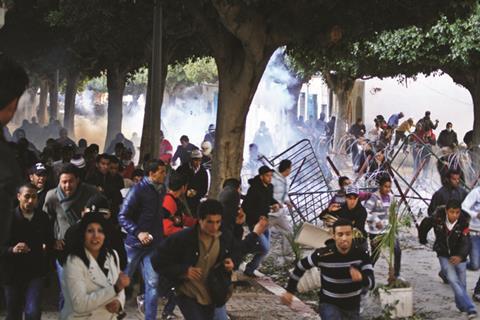 If the Dubai crash sullied the Middle Eastern dream for the construction industry, the recent uprisings that have spread from Tunisia to Egypt to Libya and Bahrain have threatened to turn some parts of the region into a nightmare. Projects have been abandoned, entire offices of staff evacuated, and sites have even been bombed. In the face of such unpredictability, what can companies do?

At one end of the scale is the extreme violence and total disruption in Libya, where the country has been all but split apart by pro-democracy rebellion. Almost all companies there are now desperately trying to evacuate their expat staff, almost all projects have come to a halt, and the runway of Benghazi airport - which Capita Symonds was redeveloping - has been bombed, possibly by Gaddafi. Construction dispute lawyers at Norton Rose say their clients, mainly international contractors, are trying to work out what to do with contracts for abandoned sites. “People are asking: what do we do with the current projects? Do we put them on ice, terminate, or do we look at our political risk insurance?” The immediate focus, though, has been on safety and evacuation, rather than legal nicities.

Where violence is less widespread but still poses a danger on the streets, firms are either closing offices or telling staff to stay at home. Atkins, which has a huge 170 person office in Bahrain - where protests are continuing - told its employees to work from home last Friday, and closed its office on Sunday, although on Monday they had gone back to work. Scott Wilson also closed its Bahrain offices last week but they are now open again.

Protesters across the region have used social networking sites and mobile phones to arrange demonstrations, which has led some regimes to shut down networks and websites, so firms need to be prepared for communications blackouts. Four Halcrow staff members were left incommunicado in Tehran, Iran, for a day after the government shut down the mobile phone networks.

“They were all experienced operators in the region, but we did lose communication with them,” says David Yaw, regional manager for Halcrow.

Where revolutions have been successful, companies are still being cautious. There have been reports of Islamists attacking the red light district in Tunisian capital Tunis. Halcrow has called off a visit to Tunisia due at the end of the month to oversee the progress of planning consent on several projects there. Another source currently working on a government mixed-use scheme in the country says it has been put on hold.

Unrest in the Middle East

So is this a temporary disruption or likely to cause more profound changes to construction work in the region? As most companies have retreated from Libya and Egypt, the question is now whether they will return. With the exception of architecture practice Feilden Clegg Bradley, which vowed on Monday never to work under Gaddafi again, companies claim that it is too early to say if they would once again work for the colonel, if he hangs on to power. “For ethical reasons it would be very hard to go back to Libya,” says Dominic James of consultants’ organisation British Expertise. If Gaddafi stays, the likelihood, say some observers, is that he will face international sanctions that could bar British companies from working there again. If Gaddafi does go, however, Libya - along with Egypt - could be an excellent market, particularly as increased transparency means less money is siphoned off in corruption, says James. “It’s the best market in North Africa, in terms of money and demand,” he says.

Companies do not seem to be panicking over the future of the region, but they are doing everything they can to get staff out of dangerous areas. In the longer term, they might well ponder whether their interests in the region are best served by cosying up to the often repressive and corrupt governments and business elites that now look so fragile in the face of a wave of popular rage. 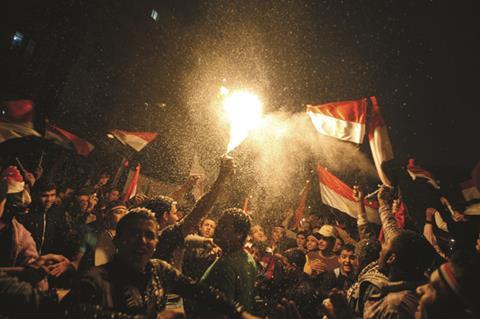