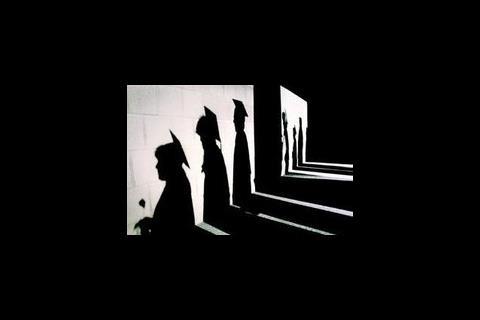 Think08 will reflect the wide range of innovative work being carried out in leading UK Universities in sustainable construction and development. We profile the sustainable steps being taken in campuses

For a smart university, this has the potential to be something of a golden era. A war against climate change is being fought on many fronts; meanwhile, millions of pounds are being spent on building and rebuilding the environment on a large and small scale and lessons about poor planning of habitation after the last war have been learnt. But how to go about all this?

Throughout the UK, academics who have the smarts (as well as being smart) are climbing out their ivory towers, founding centres and working cross-departmentally, to engage in government and non-profit-funded projects that directly answer society’s most pressing needs.

Over the last five years, nearly £2bn worth of ROCs (renewable obligation certificates) have made their way into the system, funding the implementation of new forms of energy generation technology at unprecedented speed. Respected universities such as South Bank are testing these technologies in situ to see whether they make economic sense.

Meanwhile, Strathclyde is working with its local authority, Lanarkshire, to bring environmental best practice to one of Scotland’s largest regeneration sites. Leeds Met has a stark warning for them.

A seven-year study of a sustainable housing project on National Trust land shows that however willing the spirit is, the flesh (and supply chain) are weak. And UCL and the University of East London are in charge of a princely £5m worth of BERR funding to bring sustainability to the people and bring the people to sustainability.

We take a brief tour of what some of the UK's university are doing to fill the sustainability knowledge gap:

Strathclyde University has set up a whole unit dedicated to achieving a ‘people-focused’ sustainability agenda. The year-old David Livingstone Centre for Sustainability (DLCS) is primarily a venture of the Department of Civil Engineering and Architecture which acts as a bridge between separate departments within the faculty and acts as a bridge between other faculties within the university. Its aim is to promote cross-disciplinary programmes in teaching and research.

The DLCS is providing advice tender selection and environmental best practice expertise for the 170,000 Gartcosh Interchange on the site of a former steel mill. The team is working with Scottish Enterprise Lanarkshire and North Lanarkshire Council.

He says: “We will be looking at everything from air quality to the types of materials bidders propose to use in the infrastructure. This is an exciting time in a project that could change the way we view business developments in the UK.”

Grierson is particularly interested in the possibilities for materials technologies, saying: “Sustainable, composite materials are becoming very advanced and there’s a real range of smart – and aesthetically pleasing – technologies available. It’s something the next generation of architects and our own students are pushing for more and more.”

Another project championed by Strathclyde, the Scottish Energy Services Group (SESG), works with building designers, engineers, local authorities, architects and other parties to ensure the proper transfer of energy efficiency software into their businesses. Since energy performance regulations came into practice in 2002, Jeremy Cockroft and team have been carrying out audits with companies and supporting package integration, notably through better technology integration and implementation reduction times.

Additionally, Strathclyde is launching a new environmental forensics masters degree which will teach students how to gather evidence at the scene of an industrial disaster of unascertained cause and present it in court. Another new course focuses on environmental entrepreneurship.

Leeds Metropolitan University, small even by its own admission, has received national attention for its seven year project looking into the methods and outcomes of a 700-unit sustainable build on National Trust property designed to meet strict Trust ‘enhanced energy standards’ – and the report has not even been released in full yet. The report showed that a whole host of systemic problems, if left uncorrected, would prevent volume houses reaching standards above Code for Sustainable Homes Level 3.

Not only are Prof Malcolm Bell and Dr Jez Wingfield of the institution’s Centre for the Built Environment (CeBE) keen to leap academic walls, they are insistent that they be heard.

The project, part-funded by the government, the Trust and developer Bryant Homes, among others, went on site to watch the progress of building the masonry homes, documenting first hand what the report summary calls “the generally low level of understanding of thermal design and construction that exists within the industry including designer and other consultants, the supply chain and many of those providing training and education at every level.”

But proper testing is not easy and not to be taken lightly, Wingfield says: “A lot of people underestimate the cost of these projects. There’s a lot of work in the design process and monitoring programme as well as the modelling. We estimate it cost from £400-500,000.”

He gives credit to Bryant Homes for their bravery on the project and in sharing the knowledge.

“In terms of how well they are doing, we couldn’t tell them. No one has ever carried out research this detailed before.”

As you might expect from a London-based institution that trains up to half of the countries building services engineers, LSBU is at the forefront of research into energy efficiency research.

LSBU is behind one of the most important urban wind turbine tests which is being carried out for Southwark Council (reported in Building). The council is trying to show that the 6kW turbines are a viable choice for its nearby Elephant and Castle regeneration site. As well as measuring wind speeds, LSBU is looking at vibration and noise levels.

Results are expected shortly, but a source says generating capacity is disappointing hitherto. Whether the council decides to go ahead anyway will be interesting to see.

LSBU has a very close relationship with the GLA and carries out a lot of research for the authority. A piece of research published in July looked at the environmental impact of reduced energy use and carbon emissions, of the London Plan energy policies on 617 applications referred to the Mayor.

Under Professor Tony Day, the university gathered info on the planning applications, developed a database, inputted and analysed the data. The Mayor was able to demonstrate a 26% reduction in CO² based on the plans since the introduction of the first London Plan in 2000.

LSBU is currently working on an “hierarchy of cooling” for the GLA which will look at the climate impacts of various types of cooling system. Results are expected shortly.

One of Professor Day’s former students, Steve Connor, now gainfully employed at Hoare Lea, has been working with Stevenage Council to test a technology that may provide the key to improving the energy performance of post-war, energy inefficient buildings.

He’s testing a system called Cooldeck, invented by Nick Barnard from Faber Maunsel, a night cooling system. Air is brought in at night via fans in external walls and additional fans draw air into the ceiling void between the concrete slabs and a suspended ceiling.

This contains steel plates attached to the concrete through which the air is pulled to cool it down over night. Connor is tight-lipped about the results of the EC-funded research, but tests by the inventor suggest that a significant temperature drop can be achieved at £40/m2 vs £180/m2 for traditional air conditioning.

The Urban Buzz project is an attempt to use £5m of (as was) DTI money to fund projects and programmes and research to improve the sustainability of communities throughout London and the South-East. In practice, the chief organiser of the project, UCL and its chief partner, UEL have the lion’s share of the programme: (11 and six programmes respectively.) Other participants are the RIBA, the RCA and private industry.

Identifying the problem with a lack of satisfying projects as neither a lack of policy, will or knowledge, but coordination, programme director, David Cobb, a civil engineer, wants to fuse the ‘urban supply network and research base.’ These are ‘fragmented on academic and disciplinary lines.’

UrbanBuzz funds 28 vastly various of programmes – specifically not traditional academic research oriented – with anything from a few thousand pounds up to several hundred thousand.

Several of the programmes have a practical edge, including an attempt to offer geographical information to local governments and others planning the Thames Gateway and “demonstrate through pilot projects the way in which computational generation and analysis tools can help explore local urban and social trends and offer local solutions to the creation of sustainable communities.”

Another even more brass tacks project (in theory at least) will attempt to tackled the 99% problem and reduce as much C02 as possible from a Victorian building in Camden. The programme will conclude with a conference discussing results at the Institute of Civil Engineers on 2 December 2008.

A couple intriguingly hope to replace the role of Government, particularly a programme that will train up 24 young inhabitants of the Blackbird Leys estate to employability; and a private firm, Lancefield Consulting, gets about £350,000 to train local planning authorities to achieve sustainable design standards.

Cardiff founded Wales’ ‘first and only’ innovative manufacture research centre (CUIMRC) in 2004 and has since been involved with technologies that improve the green credentials without compromising what it wisely calls ‘economic sustainability.’

The centre specialises in transport and supply chain issues, such as furthering ‘green logistics’ in the freight industry and examining the social consequences of the supply chain. Research has included examining in detail freight train links from UK ports and efforts for the Department of Transport setting out clear goals for the Government’s policy and investment plans in low carbon transport until 2014.

Centre for research in energy waste and environment

Cardiff’s The Centre for Research in Energy, Waste & Environment (CREWE) receives significant amounts of EU funding. It aims to “provide a world class infrastructure that can deliver a functional, dynamic and responsive service to meet the industry's needs for sustainable energy, waste and environment.”

One of its more recent projects was a £1m award from the Welsh Assembly into biomass. This will look at addressing the problems with using biomass and waste-derive fuels in energy systems from small-scale waste-fed portable gasifiers to large-scale biomass-fed power station applications. The project aims to find was to locate underground gasification projects in the former Welsh coalfields.

The London South Bank University and Strathclyde Universities as well as Urban Buzz will all be exhibiting at this year's Think08 event. For more information go to the Think08 website