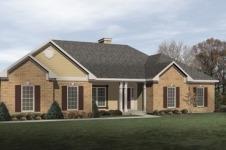 A 17.2% increase in May was more than twice what economists predicted

The first green shoots appear to be emerging in the US housing market, as the number of homes under construction soared to a two-and-a-half-year high.

Housing starts, that is new construction work on houses or flats, increased by 17.2% in May to a seasonally adjusted annualised rate of 532,000 homes – a level not seen since January 2006, prior to the existing housing crisis.

The rise is more than double economists’ expectations of a 7% rise. Meanwhile, the same month, the same month saw a 4% increase in the number of building permits issued – a strong indication of future construction.

The news comes as economists from America’s top banks announced the US economy should emerge from recession by late summer.

The American Bankers Association’s Economic Advisory Committee said it expects economic activity to rise by 0.5% between July and September.