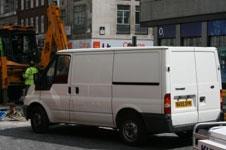 British Car Auctions says average prices in March were 62% above December 2008 low, which may indicate a return of confidence among small business

Prices for used vans have reached a record high this year, indicating a possible return to confidence among small businesses.

Figures released by the British Car Auctions (BCA) for March this year show that average prices for used vans have risen by 62% since a trough in December 2008. Prices this year have reached well over £4,000, surpassing values seen before the downturn.

Tim Naylor, spokesperson for the BCA, said that the figures were “an indicator, and no more, that there is some increasing confidence, particularly among smaller businesses”.

However, he cautioned that the spike in prices could also indicate a shortage of newer vans triggered by a drop in demand during the recession.