Value of projects put on hold doubled in last 18 months 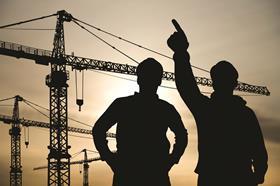 The value of projects being put on hold almost doubled in the last 18 months, according to exclusive research for Building by construction data company Barbour ABI.

The data shows the average monthly value of projects being put on hold in the prior 12 months increased by 89% in the UK between its low point in March 2014 and August this year, the latest month for which data is available. The sharp increase in the volume of work being put on hold comes despite a resurgent construction economy and is thought to be a reaction by clients to increases in tender prices by contractors and specialists in recent months.

The data shows that schemes worth £887m were being put on hold in the UK each month over the last year on average. Of this an average of £348m of projects were going on hold each month in London and the South-east.

The data comes as contractor Osborne confirmed that delays to two schemes which impacted on its recent annual results were caused by clients reviewing them in the light of increasing construction costs.

Osborne reported revenue down 5% to £309m for the year March 2015, which the contractor blamed on delays to project starts in its construction business.

Chief executive Andy Steele said the problem was “quite common” in the construction industry at the moment.

Contract tender prices are thought to have commonly risen 15-20% in the last year as specialist contractors and main contractors seek to price rising labour costs and project risk.

Last month Building reported that contractor Bam had walked away from second-stage negotiations with developer Intu over building a £100m shopping centre redevelopment in Watford after failing to agree a price. The developer later said the cost of the scheme had risen by 48%.

Michael Dall, lead construction economist at Barbour ABI, said: “The rapid jump in activity in construction in 2013 seems to be manifesting itself now with the rise of construction contract prices, which is a real threat to the sustainability of construction growth. Fixing this problem is now vital for the industry otherwise the implications for project costs and long-term industry growth will be severe.”