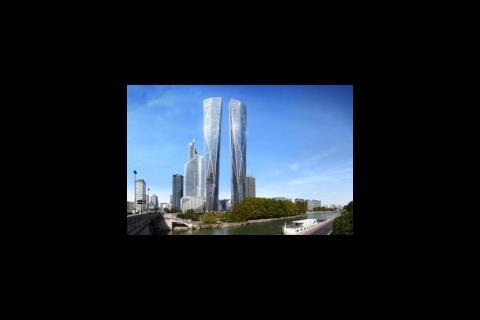 Foster's Hermitage Towers will be built on the left bank of the Seine in La Défense, Paris 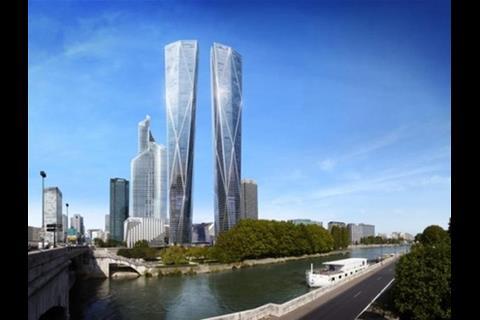 Foster + Partners has unveiled plans for the tallest mixed-used towers in Western Europe at the MIPIM property fair.

Designs for the Hermitage Plaza include two 323m-tall buildings in the La Défense area of Paris, on the left bank of the River Seine. One will house a luxury hotel and spa plus flats and the other offices and serviced apartments.

Speaking to Building after revealing his designs on Wednesday, Lord Foster said that the project would transform the area of the city “in every way”.

He said: “Most towers are predominately one-use. [But here] in a small cluster of towers you are able to get hotels, apartments, shops, offices and culture. It is a true mix.

“It will be a place in its own right, very much part of the area of La Défense and in the bigger picture Paris itself.”

Construction of the 91- and 93-storey structures is expected to start in 2010 and complete by 2014. The developer is the Hermitage Group.

Norman Foster on the Hermitage Plaza and his views on recession

Fly-through of Hermitage Plaza in Paris