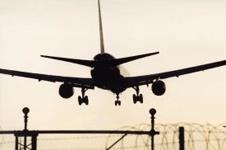 Work has begun on a new international airport off the southern coast of Vietnam in a bid to boost visitor numbers to the region.

The $1bn (£660m) airport on the tourist island of Phu Quoc aims to handle 3 million passengers a year once the first phase is finished in 2012. Eventually, it will have capacity for 7 million travellers annually, the government said.

An existing airport on the island handles only around 300,000 people a year.

He said: “The island will be one of the country's major transportation and commercial centres once the new airport is put into operation, contributing to the regional and national economic growth.”