Opening phase has a value of £60m 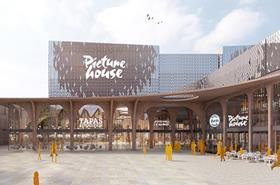 Vinci has been named preferred bidder to deliver a £300m retail-led, mixed-use scheme in the Northgate area of Chester.

Cheshire West and Chester council chose the contractor to deliver designs and costings for the £60m first phase of the scheme under a pre-construction agreement set to start next autumn.

The project is set to include a modern market, six-screen cinema, restaurants, a public square and car parking, with brands Picturehouse, Tapas Revolution, Cosy Club and Zizzi already confirmed for the first phase.

The contract for the phase one building works is expected to be signed by the end of next year.

The council said there would be “significant consultation” to allow the community and stakeholders to give their input on the scheme.