‘Visas for foreign workers to ease labour shortages? No chance’

Hopes that restrictions on overseas workers will be relaxed to help the industry cope with growing labour shortages will fall on deaf ears within the government, Modernise or Die author Mark Farmer has said.

The issue of has overtaken materials shortages as the industry’s biggest concern with top consultants telling Building that queues on petrol station forecourts – caused by worries over a lack of HGV drivers to deliver fuel – have given the industry a foretaste of what’s to come for construction.

Andy Steele, the new chairman of Build UK, said the sector still needs unrestricted access to EU labour for the next few years while it brings in new recruits and gets them up to scratch. “The industry needs to resolve these [skills] issues but turning off the tap, bang, will create issues and is creating issues,” he added. 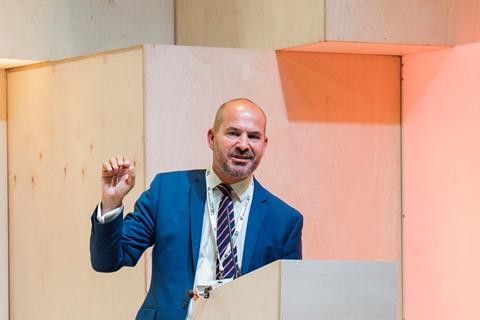 But Farmer, whose government-commissioned report came out five years ago this month, said Boris Johnson’s cabinet would not countenance such a move for construction and predicted the industry faced “some pain ahead” as a result.

He told Building: “Labour shortages are a bigger issue than materials, 100%. But, politically, the mood music says to me I don’t think we’ll see a U-turn from the government. I don’t think we’ll get to a point where they see construction as a primary case for visa dispensation.

“If the industry keeps thinking it has a get out of jail card, it won’t get around to dealing with the issues. This news has been brewing a long time. The penny’s dropped we’ve got big problems and some pain ahead. I’m not sure issuing visas is going to create a new pool of workers anyway.”

But Steele said the government needed a rethink on the rules over who can come into the country after seeing other industries hit by shortages.

The government was recently forced into issuing 5,000 temporary visas for HGV drivers after last month’s problems at the petrol stations while some supermarkets ran out of food – although just over 300 have bothered to apply with the government admitting yesterday only around 20 have been issued.

Steele, who is also Osborne chief executive, said the government needed to look again at its shortage occupation list on who from the EU can come into the UK and work.

“[High wages and high skills are] great in theory but somewhere there is a cost in all this,” he said. “Either we will get inflation or demand will drop because of spiralling costs.”

He said the government could come up with a quota system, allocating a set number of workers for construction which would eventually taper off.

Asked how long it should be in place, he said: “Three or four years. There needs to be a degree of relaxation of the skills coming back in but it can’t be for three months. We need a transition, rather than turning the tap off. Training people up takes a good couple of years at least.”

He has already raised the issue with the Construction Leadership Council whose leads on skills, Mace chief executive Mark Reynolds, last week said construction needed a “demand-led” system of long-term visas rather than short-term ones if it wanted to fill gaps in labour supply. 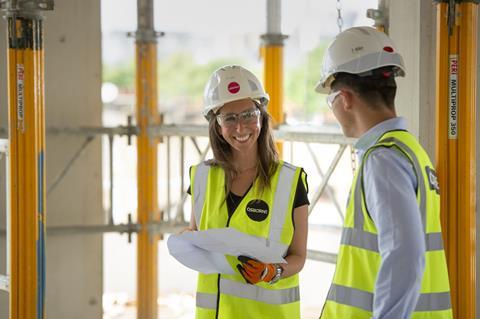 He added: “How can any construction company ever invest, ever understand what its future workload is going to be unless it’s got security of pipeline?

Gleeds executive director Douglas McCormick has also said the government needed to look again at the issue of who can come otherwise the “inability to get European labour into this country…means it may take longer to get jobs done”.

Employment in the sector fell from 2.3m in 2017 to 2.1m at the end of 2020, representing a 4% fall in UK-born workers and a 42% fall in EU workers, according to the Office for National Statistics (ONS). This week the ONS said construction vacancies were at an all-time high with more 40,000 posts left unfilled in the three months to the end of September.

Yesterday, the ONS said ongoing labour shortages again helped to blunt construction output with the figure for August down 0.2% on the month before and now 1.5% below last February’s pre-pandemic level.