Average weekly earnings rose by 1.6% to £959 during last month, the highest December pay level on record and 5.2% higher than the same period last year. 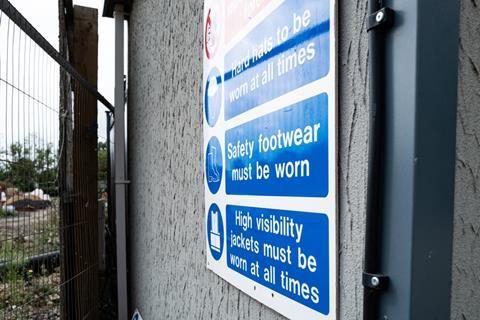 Hudson Contract managing director Ian Anfield said: “We capped off 2021 with all-time highs in subbie earnings with the best-performing regions being more than 10% up on December 2020.”

He added: “As we have seen year after year, we usually see earnings fall back in January because people work fewer hours. This is because colder temperatures make the wet trades more difficult – though this year seems mild by comparison – and we have the added complication of covid and materials shortages slowing things down instead.

“From February on we would expect a steady rise in earnings to reach December levels by April.”

The news comes as Building’s annual contractors salary survey for 2022, run in conjunction with Hays, found that pay increases and demands for staff intensified in the latter half of last year as lockdown restrictions eased and workloads boomed thanks to pent-up demand.

Mark Farmer, the boss of consultant Cast, whose government-commissioned Modernise or Die report on the industry came out more than five years ago, told Building: “We cannot replenish skilled labour in the same way that manufactured materials can be re-stockpiled. Unprecedented wage inflation is starting to elevate the productivity debate across the industry.”

According to the ONS, construction saw the sharpest rise in average weekly earnings out of any sector last year.

Weekly pay growth for people working in the industry was the highest out of all sectors last June, reaching 14.4% that month.