Want to get your building listed? Get Banksy to spray it 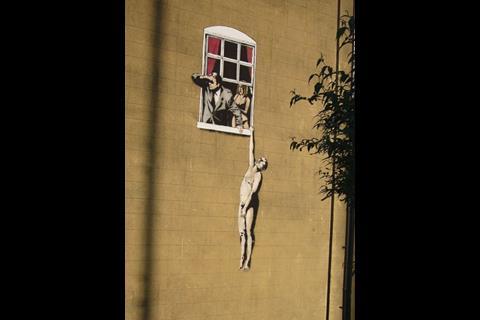 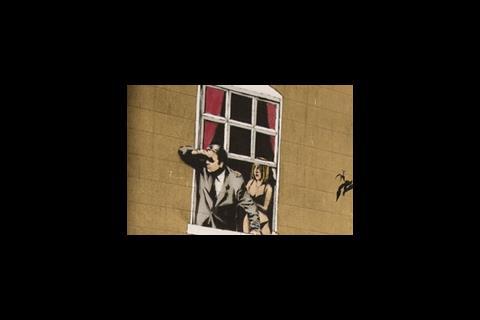 To some it is high art; to others it’s vandalism. But the next time celebrated graffiti artist Banksy strikes, the debate might not be whether the artwork should remain, but whether or not the building should be listed.

Questions over the status of buildings daubed with graffiti have arisen following the launch of the government’s consultation on Planning Policy Statement 15, which covers the guidelines affecting archaeology, historic areas, buildings and landscapes. Now, English Heritage is drawing up guidance on how to apply the policies.

Under the plans, “artistic interest”, including sculpture, decoration or painting, would be a reason to list a building. At present, buildings are listed because of their architectural or historic characteristics.

Simon Pugh-Jones, a director of Bristol-based architect and planner Barton Willmore, said the new criteria could be interpreted to include a building that features work by graffiti artists such as Banksy.

He said: “There is a definite lack of guidance on interpreting the draft statement, but it could mean that an unremarkable building could become instantly listable if its gable wall hosts one of Banksy’s famous works.”

Although it is not possible to list a painting, it could be if it was attached to a building

Mike Harlow, legal director at English Heritage, said the idea was to recognise characteristics that do not easily fall under the broad heading of architecture.

He said: “Although it is not possible to list a painting, it could be if it was attached to a building.”

However, he added that a building would have to undergo a rigorous selection process to win listed status.

Jonathan Seager, assistant director for planning at the British Property Federation, warned it was essential to strike the right balance between protection of significant buildings and blanket protection that could hinder future development. He said: “Listing can add to the value of a building and also detract from it.”