Scheme will be built close to Nissan factory at Sunderland

Wates and Turner & Townsend have won roles on plans to build a £450m car battery gigafactory in Sunderland.

The contractor is working up a design for the infrastructure to support battery production by 2024, while T&T will be project manager and cost manager. 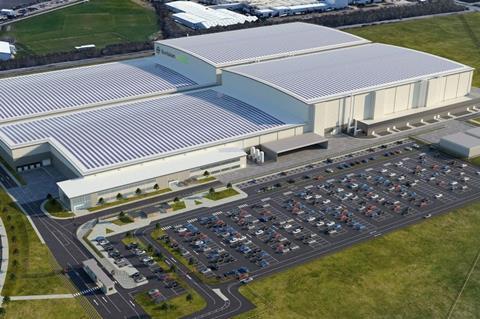 Production at the plant is expected to start in 2024

It is part of a £1bn partnership with car manufacturer Nissan UK, which has been operating at Sunderland since the 1980s out of a factory originally built by Sir Robert McAlpine, and the city council to design and build a fleet of electric cars.

The facility will be built at the International Advanced Manufacturing Park near the existing Nissan plant.

Planning permission was granted in October for the gigafactory, which will be operated by a joint venture called Envision AESC which features Nissan and two more Japanese firms – electronics giant NEC and electrical components manufacturer Tokin Corporation.