The boss of Wates’ construction arm has admitted that bigger firms are being dragged into the materials shortages crisis that has been plagued smaller firms for months with worries growing that summer’s traditional building boom will stretch supplies to breaking point.

Yesterday, the latest data from the bellwether IHS Markit/CIPS monthly output survey said the index had reached a 24 year high fuelled by an ongoing housebuilding boom and a recovering commercial sector. 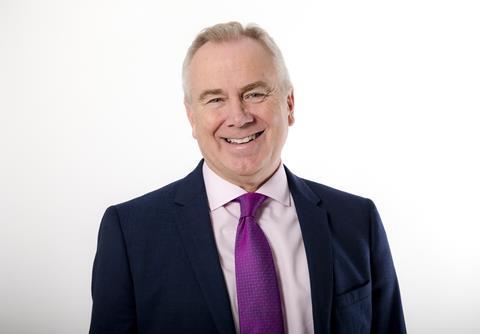 But it warned that confidence among construction firms had fallen to a six month low with businesses increasingly worried about access to materials and labour.

Now Wates’ executive managing director for construction Paul Chandler said bigger firms will increasingly have to face up to the shortages. “I have no doubt it will have an impact.”

He added that firms were starting to price in the extra costs caused by the problems, with hikes being driven by a post-pandemic building boom and the squeeze on labour following the UK’s decision to leave the EU.

“Brexit meeting covid has created a perfect storm,” Chandler said. “If a materials supplier or subcontractor has signed a fixed price contract, then that can create tension. It’s going to have an impact on our supply chain.”

In the wake of yesterday’s CIPS data, economists warned that the headline output figure was masking a series of issues that threaten to derail construction’s return from the ravages of the pandemic when output collapsed last April when the country was in the teeth of the first national lockdown.

KPMG’s head of construction Jan Crosby said: “These shortages and price rises are causing builds to be more expensive overall and making it difficult for the sector to plan for unexpected costs on projects.”

The CIPS survey said that prices subcontractors were now charging had last month climbed at their sharpest since it began collecting data in April 1997.

And Max Jones, a director in Lloyds Bank’s infrastructure and construction team, said the “battle” for materials across commercial, housing and infrastructure jobs would “create pinch points and potentially push up prices, eroding margins”.

One London-based developer said the threat from materials and labour shortages was so severe, the situation was creating an industry-wide bubble that would eventually pop.

Woolbro director Ben Woolman said: “Badly stretched supply chains and a global shortage of raw materials could lead to an abrupt and potentially damaging bubble-burst in the UK construction sector.

“While the pockets of the big developers are deep enough to have allowed them to stockpile raw materials and safeguard their output for the months ahead, smaller to medium-sized operators have not been able to afford such assurances.”

Meanwhile, a government minister has admitted it had “not assessed” the impact of labour shortages on Hinkley Point C, HS2 and its housebuilding programme.

Business minister Lord Callanan, whose answer was published on Monday, was responding to a question from Liberal Democrat peer Lord Jones of Cheltenham.