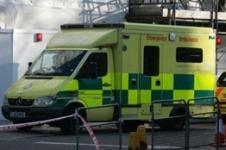 A Welsh construction firm was fined £110,000 today after one of its employees died when his head was crushed on a Gloucestershire site.

Macob Administration Ltd, based in Bridgend, was charged by the Health and Safety Executive (HSE) after Lance Taylor, 23, from Thornbury, Bristol, was killed while working on a construction site in February 2005.

Taylor was driving a mini digger on a site in Abbeymead, Gloucester, which he was not qualified to operate, when he unintentionally hit a lever as he leaned out of the cab window. The digging arm of the vehicle was raised, crushing his head between the cab and the arm.

He suffered fatal injuries and was pronounced dead at the site.

Gloucester Crown Court heard the firm plead guilty to the Provision and Use of Work Equipment Regulations 1998. It was fined £40,000 for each charge and ordered to pay costs of nearly £30,000.

Speaking after the hearing, HSE inspector, Martin Lee, said: “This terrible incident highlights the extremely serious risks posed by equipment and vehicles on sites if the workers using them don't have adequate training or are not versed in safe working procedures.

“Construction site managers need to know which workers on site are qualified to operate the machinery and that their control systems are working effectively.”