The housebuilder will start work on the scheme, which has a gross development value of £100m, later this year. 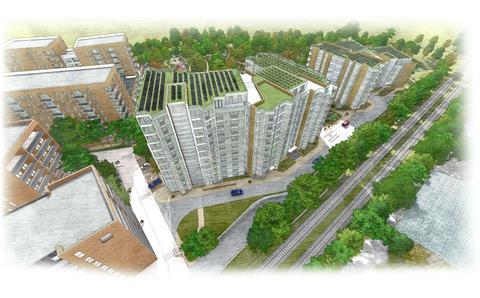 The development will consist of two buildings, of between four and eleven storeys in height, on the site of the former Dylon Dye factory next to Lower Sydenham railway station in Bromley.

The scheme is the second phase of a redevelopment plan for the site, with Crest Nicholson building out phase 1, which delivered 223 homes in 2016 and 2017.

The development has a masterplan by Ian Ritchie Architects, with detailed design by Weston Homes’ in-house architectural and design team.

Weston Homes currently has 20 active sites and more than 7,500 new homes in its pipeline, including large scale regeneration projects.

A spokesperson said Weston Homes has purchased land site with a gross development value of £2.13bn over the past five years. Projects include the £350 million Abbey Quays urban village in Barking.