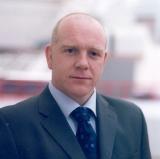 Struggling engineer White Young Green has been forced to deny it is on the brink of being taken over after its share price nearly doubled in trading this morning.

The company has not been publicly linked with any particular bidder in recent days but has been trying to re-finance in order to deal with its £91m debt. The firm said it had noted the share price rise but “confirms that it is not in discussions with any party regarding a potential offer for the entire issued share capital of the company.”

The statement to the city added it remained focused on reaching a successful conclusion to negotiations with lenders. It said it had made “good progress in achieving substantial cost and headcount reductions, as well as improved cash management.”

Building reported in September that Dutch engineers Arcadis and Grontmij had run the rule over the firm last summer.

Under FSA rules companies have to put out a statement if sudden rises in share price are likely to create a “false market sentiment” about the firm.

Following today's statement the share price fell and was running at 20.5p at the time of going to press, a rise of 139% on last night's close.