Iceland project will be heated by geothermal energy

Wilkinson Eyre has won planning permission for a major biodome complex in Iceland’s Reykjavik region, in partnership with a local design team.

The practice, which has teamed up with Basalt Architects, based in the capital Reykjavik, said its proposals for the Aldin Biodomes included a main nature dome, a tropical dome that would showcase exotic plants from other environments and a “farm lab” that would serve as an educational environment on local food production.

Wilkinson Eyre said the development would be an “elegant addition” to the Reykjavik skyline and would offer dramatic views to the Elliðaárdalur Valley.

The architect added that the project had been designed to be an exemplar in sustainability and that the domes would be heated using the region’s abundant geothermal energy. 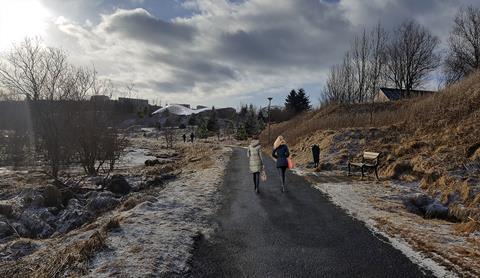