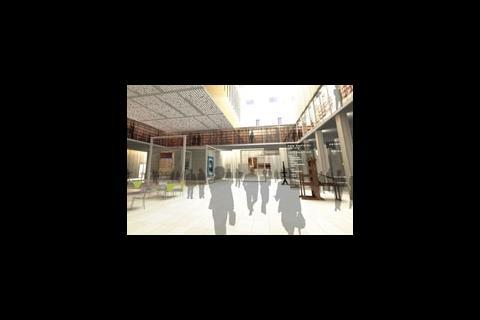 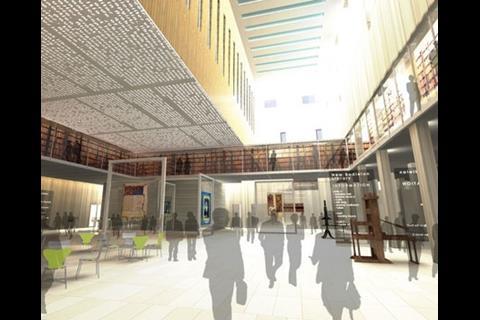 The project is dependent on the university winning planning approval for a book depository in the town next week. If this is successful, the library’s £50m redevelopment plan could go before Oxford council next year.

The New Bodleian library, one of the world’s largest libraries, was designed by Sir Giles Gilbert Scott and built in 1940. It has not been renovated since. It is one of the UK’s five legal deposit libraries, which means it must hold a copy of every book published in the country. It holds 11 storeys of bookshelves, three below ground level, and is connected to the original 17th-century Bodleian by an underground conveyer belt.

The redevelopment would comprise study areas, an exhibition space for historic books, including Shakespeare’s First Folio, and a coffee shop. A central meeting space would host seminars, readings and events.

A university spokesman said: “Now, it is essentially a big book warehouse. One exterior wall would be opened up and turned into doors. This would change the direction the building faces.”

Any redevelopment would need to be “extremely sensitive” to the building’s character, he said.

Work would not start until completion of the proposed depository, due in 2010. The £29m depository, designed by Scott Brownrigg, is needed to house the “overflow” of up to 8 million books from the Bodleian.

It has been a source of controversy since its inception in March. The design was scaled back after conservation groups voiced concern over its impact on the city skyline.

The university then deferred its planning application in July because of the council’s concern that the depository would be built on a flood plain.

The designers have added flood defence walls, an elevated ground floor and provisions for on-site storage of flood water. A decision is expected next week.