The centrepiece of the scheme involves restoring a derelict Victorian theatre that has been unused for more than 80 years. The revamped theatre, which dates back to 1875, will hold more than 1,300 people when completed.

And the BBC television studios, where the BBC started broadcasting from back in 1936, are also being revamped along with public space known as East Court.

The scheme is being funded by the Heritage Lottery Fund and Haringey council and work on the theatre is expected to be completed towards the end of next year. The BBC studios are part of a separate phase and a finishing date has not yet been confirmed.

Architect on the project is Feilden Clegg Bradley Studios. 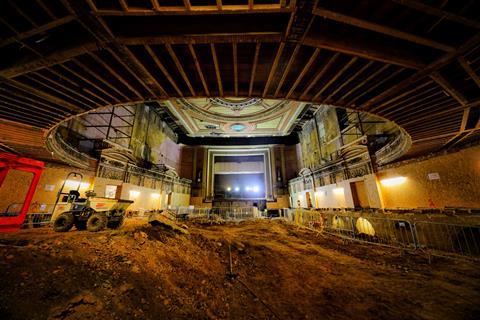 Work gets underway at the Victorian theatre