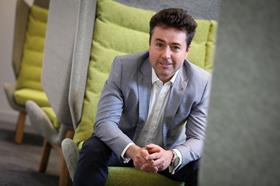 Willmott Dixon is opening two new offices in the centre of Birmingham, the first time the firm has ventured into the heart of the city.

The contractor, which has its Midlands headquarters 12 miles to the east of the city centre in Coleshill, has taken 4,000sq ft of space at One Snowhill on a 10-year lease, while its fit-out division is opening up an office next door, at Two Snowhill.

Willmott Dixon is currently working on a number of projects in the UK’s second largest city, including three schemes for Birmingham City University, the National College for High Speed Rail and the refurbishment of Lloyd House, set to be the headquarters for West Midlands Police.

Nick Gibb (pictured), the firm’s deputy managing director in the Midlands, said: “Willmott Dixon has been well established within the region for more than 30 years, operating from our headquarters in Coleshill, but we’ve never had an office in Birmingham city centre.

“Birmingham is where business is being done and now, more than ever, it is important we’re located close to our partners and customers. The timing of this move is key; the city is buoyant with HS2 on the horizon and we want to ensure we’re part of driving prosperity in the West Midlands.”